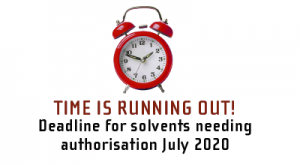 Update from the Co Chairman of the United Nations Ozone Assessment panel on nPB.

There is disagreement between the use of scientific information by the European Union and the United Nations Environmental Panel / World Health Organisation (UNEP/WHO) the authority for ozone depletion assessment. Dr. Don Weubbles acknowledged as one of the world authorities on ozone depletion and who Co Chaired the UNEP/WHO 2014 ozone assessment panel explains in detail why the official world study disagrees with the European Union Environment Agency 2014 assessment as not being supported by science.

EnSolv® is safe for the environment backed by the most sophisticated and knowledgeable world scientists.

I co-led chapter 5 (with Neil Harris of Cambridge University) of the 2014 WMO-UNEP ozone assessment that is currently in press (the summary, Assessment for Decision Makers, was released in September 2014 (WMO-UNEP, 2014)). Chapter 5, titled Scenarios and Information for Policymakers, of the full assessment, examines the latest understanding of a number of Ozone Depleting Substances (ODSs) including the available analyses of Very Short Lived Substances (VSLS) like n-propyl bromide (n-PB; C3H7Br). The full assessment will be released in early 2015 as a web-based report.

In Chapter 5 of the full assessment, we include the following text related to the evaluation of VSLS like n-PB:

Table 5-3 shows analyses of the spatial dependence in ODPs for VSLS primarily based on results using different versions of the NCAR global 3-D model (Wuebbles et al., 2009, 2011; Patten and Wuebbles, 2010; Youn et al., 2010; Patten et al., 2011). Note that this model calculates an atmospheric lifetime of 53.7 years for CFC-11, so the published ODPs would not be significantly affected by the revised SPARC (2013) lifetime for CFC-11. In these studies, the VSLS examined all have quite small ODPs based on emissions occurring primarily at midlatitudes. New approaches for estimating VSLS ODPs have been developed since WMO (2011) based on Lagrangian models (Tegtmeier et al., 2012; Pisso et al., 2010; Brioude et al., 2010), with similar findings to previous studies, except for emissions in the tropics where a different treatment of convection may allow for more VSLS (and their products) to reach the stratosphere.

The reported atmospheric lifetime and Ozone Depletion Potential (ODP) for n-PB in Table 5-3 for midlatitude emissions (30-60N), based on the 3-D chemistry-climate modeling studies of Wuebbles et al. (2011), are 24.7 days and 0.0049, respectively.

At the same time, we noted:

Earlier studies (Wuebbles et al., 1999, 2001; Olsen et al., 2000; Bridgeman et al., 2000) have shown that the ODPs for short-lived compounds depend greatly on when or where the emissions occur, with the largest ODPs being found for emissions in the tropics. Although it is generally expected that most emissions from anthropogenic emissions of VSLS will occur at Northern midlatitudes, there is no guarantee of this and the locations of future emissions could change.

In addition, we also reported upon an indirect study of the ODP using a semi-empirical approach based on the Lagrangian model analysis of Brioude et al. (2010). The results in Table 5-4 of WMO-UNEP Chapter 5 are taken from the Supplementary materials for that published paper. The results in Table 5-4 are quite a bit higher than Wuebbles et al. (2011) and show an ODP for n-PB of 0.0235 (0.0150-0.032) for North America emissions and 0.0150 (0.0070-0.0260) for European emissions. However, as noted in the chapter, the Brioude et al. results may be an overestimate because they do not properly account for reaction loss in the troposphere and therefore may have overestimated the amount of n-PB reaching the stratosphere. As stated in the Chapter:

The recent modeling studies also re-emphasize the point that VSLS ODPs are very dependent on the location of emissions, and not just the latitude; for example, by co-location with efficient vertical transport by deep convection into the stratosphere (semi-empirical ODPs as a function of specific locations of emissions based on Brioude et al. (2010) are shown in Table 5-4). Brioude et al. (2010) showed that these factors are more important than regional variations in VSLS losses by OH or photolysis. Using CO-like emissions to represent anthropogenic VSLS, they estimated ODPs for various compounds and found maximum ODPs over the Indian sub-continent varying from 0.079 in winter to 0.29 in summer for n-propyl bromide (C3H7Br or nPB) and from 0.13 in winter to 0.83 in summer for CH3I. Pisso et al. (2010) applied their new methodology to an nPB-like tracer with a lifetime of 20 days. They also found higher ODPs over southeast Asia in the summer (and over western Pacific in winter). In July in the tropics (30°N-30°S), ODPs varied from 0.33 in runs with convection to 0.17 in runs with no convection. Locally, values over southeast Asia are as high as 1.00. In general the results from these Lagrangian studies predict higher ODPs regionally compared to the global model results. These differences highlight uncertainties in simulating the transport of VSLS, with boundary layer mixing, convection depth and advection strength all possibly leading to local differences in VSLS delivery to the stratosphere (e.g., see Hossaini et al., 2012b; Feng et al., 2011; Hoyle et al. 2011). The global model studies (e.g., Wuebbles et al., 2011) used a full chemical treatment for VSLS and CFC-11 degradation in the stratosphere and more realistic degradation and wet deposition schemes for VSLS in the troposphere than the Lagrangian based studies (e.g., Tegtmeier et al., 2012; Pisso et al., 2010), leading to less VSLS reaching the stratosphere. Overall, these results point to potentially more important impacts from VSLS if emissions occur in regions close to convective regions in the tropics.

The 2014 report from the European Environment Agency, Ozone-Depleting Substances 2013, examines the European reporting requirement for n-PB and determines a total import of nPB to Europe of 1014.3 metric tonnes and a weighted ODP-tonnes for imported nPB of 101.4. This suggests they used an ODP of 0.1 for n-PB. This is far too large by either the Wuebbles et al. (2011) or the Brioude et al. (2010) analyses by roughly a factor of 6.7 for Europe emissions using the Brioude et al approach and a factor of 20.4 using the Wuebbles et al. 3-D model results. Because Wuebbles et al. may have underestimated the convection based on the observations used in the Brioude et al. study, the reality is likely somewhere between the two results, but this still suggests that the European Environment agency still used an ODP a factor of 10 or more too large. The science does not support the ODP used by the European Environment Agency.